What is Looria?Sign up
Open menu
Robot Vacuum 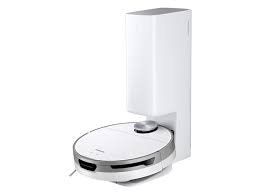 Recommended
Consumer Reports · Best Robotic Vacuums That Are Not Roombas

Better than some. Not as good as others.
The media could not be loaded. Let me start by saying I have 3 German Shepherds that shed a lot. The first thing you hear from people who know about them is something to the effect of having to clean hair all the time. Thanks to this robot, and another, you'd never know it by looking at our floors. ...
3/5
Todd M
8 months ago
amazon.com
Maps well but it thinks floor vents are cliffs and the schedule function won't save.
The media could not be loaded. It is thorough and maps all rooms quickly. For some reason I can't find the schedule menu and it randomly shows up. When I do find the Schedule menu it won't Save the changes. Really frustrating. Update: the Jet Bot got stuck under a bed. A couple of days a later I fin...
3/5
Steve Nicholas
9 months ago
amazon.com
Not worth the money
This is a weak machine. It doesn’t pick up pet hair. It rarely needs to be emptied because it doesn’t suck much of anything. Robot vacuums generally aren’t great, I get that, but my cat’s hair sits on top of the carpet and this just leaves it all in clumps. I am not satisfied with this at all. It lo...
3/5
Sean Miller
6 months ago
amazon.com
Not worth your time or money
This vacuum does not get within 3" of any kitchen counter. The suction does not pick up debris on indoor outdoor carpeting. I have little faith it is doing anything other than combing my shag carpets to 'look like the vacuum' has traveled over it...highly unlikely a deep clean us happening. I need t...
3/5
Dembo
7 months ago
amazon.com
Bot frequently gets stuck
Suction power is great. Noise is very tolerable. Looks nice. However, the bot gets stuck in regions where is a clear path out. Will just goes back and forth until you pick it up and move it out. Also cannot handle transition from hardwood/concrete to area rugs; it will either turnaround or just push...
3/5
sigfried haering
5 months ago
amazon.com
Why can’t I find a replacement for the side brush ???
The noise that the vacuum makes when suctioning the dirt sounds like an airplane overhead. Then come to find out after I flipped it and checked it, all of the dirt was still there, so nothing was suctioned after all that noise? Also, no replacement side brushes?? That’s ridiculous!!
3/5
Rachel
4 months ago
amazon.com
I named mine, “Cleonardo DiCaprio”
The media could not be loaded. I’ve owned two robot vacuums now, this being the second. The first one I bought was from a no-name Chinese brand, which no longer sells the vacuum on Amazon or their site. I didn’t break the bank with that vacuum - it was like less than $100 I believe. The issue with t...
4/5
Julius Mel
1 year ago
amazon.com
Get your kids to do the vacuum? Nah, I like realiability.
Ever try to convince your teenagers to do house chores while they're going thru their teen life crisis? It's easier to get a robot vacuum you can set and forget. It cleans up well and house has been a lot cleaner then if you let your kid vacuum while their on social media with their other hand. Kidd...
4/5
John K.
5 months ago
amazon.com
Replacement parts
I recently bought two of these, one for my house and one for my mothers. All around I can say I like the product seems to do a good job cleaning and was easy to set up. Have to say I enjoy watching it mosey around my house doing it’s thing and is relatively quiet about it. Would love to recommend fo...
4/5
Keith c.
1 year ago
amazon.com
not as impressed as i want to be
Cons: this has too many flaws for the price....the suction isn't great. it has rolled over crumbs and left them. even though it does detect walls, it still bumps into some things (cabinets, etc) and has gotten stuck. The SmartThings app has been terrible. First, it kept emailing me a verification co...
2/5
bee
5 months ago
amazon.com