What is Looria?Sign up
Open menu
Mirrorless Camera 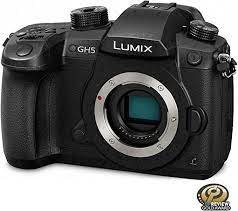 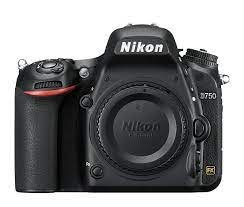 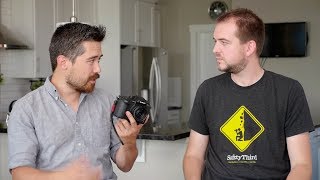 Panasonic GH5 Review (After 6 Months!)
But for us, where does this fit in the video camera world? And i mean the only real drawback to it. I can see is if you need good, continuous autofocu...

Positive
2 months ago
youtube.com
Well worth the investment and the wait!
I've been able to capture some amazing moments. - Face recognition - HD video is really fun and the quality is amazing! Even though the camera has reasonably good autofocus for video, I do recommend using manual focus if only to avoid the noise form the auto-focus (if you're using an external microphone, which I recommend, this isn't as much of a consideration). Most of the video I've taken has been in inherently noisy locations, so the autofocus noise is barely discernible and can be easily removed in post-processing if desired. - Dual memory card slots are super convenient! I got spoiled by this feature in the D7100 and love that I can set it up so that raw goes on one card and JPEG on the other, or have an automatic backup, or even set it up for overflow so I never have to worry about filling up a card right before that vital shot
5/5
8 years ago
amazon.com

Looking for a mirrorless camera
And a used GH5 is above your budget. Where they're weaker than other brands at the moment is probably on AF performance, since they're still mostly contrast-detection based. With video, it's mostly down to Canon, Sony, and Panasonic, because these three companies also make professional broadcast video gear, and have a better idea of what video shooters want. Canon's playing catch-up on mirrorless, so used older generation options aren't as easy to find, except in the EOS M system 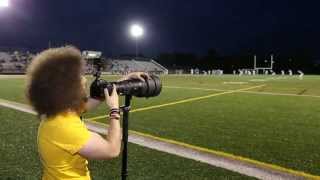 Nikon D750 Real World Review
? I want to bring it out here in to the field to make it work and I'll talk to you throughout the game. To tell you some of my findings, what I think ...

My new love
Its the tops, seriously. And may i suggest if you have canon lenses, get yourself a metabone, IT IS WORTH IT..
5/5
5 years ago
amazon.com
Great for the price
pics were with good and great glass Doves Tamron 150-600 usd and Robin & Hummingbird Nikon 70-200 f2.8. So far so good looking forward to getting out in the field to give it a real test.
4/5
4 years ago
amazon.com

Help need for new camera
A GH5 or G9 is the way to go for you, in my opinion. Unless you’re spending around 3000$/£ or more, full frame makes no sense - you’ll be stuck with one kit lens and you’ll need another grand to get another. In APS-C land, Canon and Nikon have nothing interesting, only the more recent Fuji X series cameras are seriously capable video cameras, but at the price point of a GH5 they’re generally inferior.

Negative
2 years ago
reddit.com/r/AskPhotography
THE HOLY GRAIL OF FULL FRAME
This is honestly in my opinion the MOST value and affordable DSLR that's full frame currently on the market. Even comparing it to higher end camera such as the 5D mark iV from canon these images still look sharper and have better dynamic range. If you're on the fence don't be this is absolutely worth it.
5/5
5 years ago
amazon.com

Professional Videographer - Love this camera
This camera is a powerhouse for the price. Full disclosure, my first camera was a Panasonic SD camcorder back in 2005, then switched to a Canon Pro camcorder in 2009, then jumped on the Panasonic train again with the GH3 and was using them until I picked up the GH5. The image is amazing, but that's not news. What is news - and hopefully will not be overlooked - is how much this camera is amazing to use
5/5
5 years ago
amazon.com
Nikon D750 Review
If video transfer is a must-have feature, you could add an Eyefi Mobi ($999.00 at Amazon UK) memory card, which will automatically transfer images and videos to your phone via a free app.

Absolutely Love This Camera
I love this camera and that is I use it for now for Stills and have not even explored the capabilities with Video which it is suppose to excel in. I get great quality stills with it and that is with not using super expensive lenses. I just bought a new lens for it that I am excited about a little more expensive then what I own so far. Love it
5/5
1 year ago
amazon.com
Good Work, Nikon.
It has all the great features any photographer would love to have in a single body. The AF performance and image quality are professional-grade, and I think any enthusiast, hobbyist or even professional would be happy with the results it is capable of producing in the right hands. I think Nikon really did a great job here. Usually I'm forced to say "great job Nikon, but it could have done without this or that flaw"
5/5
8 years ago
amazon.com