What is Looria?Sign up
Open menu
Fitness Watch 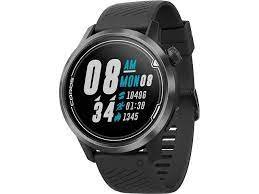 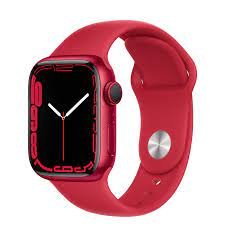 Best Bang for the Buck
OutdoorGearLab · Best GPS Watch of 2022

Coros Apex Review
When setting up the Apex, the app asks you to select your training level (light, moderate, or hard), and set your daily calorie and exercise goals. I’m an average runner at best, so I selected the light training level, and went with the default recommendations of 153 calories and 39 minutes of exercise. If you find your exercise goals too easy, you can change them in the app. When you meet your daily goal, the Apex vibrates and shows a congratulatory message on its screen

Positive
9 months ago
pcmag.com
Battery doa initially, working as expected now
It ultimately did track on night 2. Otherwise, the green on the band is a little brighter than army green, which is nice and the actual watch is more black than green which will enable easier band swapping. After using a Fitbit for years, it will take some getting used to, but I am hoping the increased functionality and Apple will give more reliability than the Fitbit (which each I had ended up with a warranty replacement in the first year).
4/5
6 months ago
amazon.com

Are fitness bands becoming redundant?
If you want to monitor your HR, then get a strap and hook it up to the app you already use. Wrist based HR monitors are inaccurate and thus not a good reason to get a sports watch (smart watches are like Apple watches). 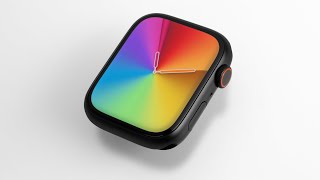 Apple Watch Series 7 Review
Ta fill those rings. Okay, hope you guys enjoyed this video thumbs. You liked it subs. If you loved it, see you guys next time, [, Music, ],

Best GPS Watch of 2022 - GearLab
The Coros Apex Pro is a favorite choice and one we'd recommend to anyone who wants a GPS watch but doesn't need the newest features and technologies. We think this is one of the best GPS watches on the market when comparing price versus performance. While still not super cheap, this watch has everything you need and recently got a software upgrade to include new navigation features. The Coros ecosystem is great and easy to use, and the battery life makes this model contend even with the premium-priced models

Positive
3 months ago
outdoorgearlab.com
Series 7 or SE?
I got the series 7 on launch day; it is my first smart watch. After having it for two weeks, I'd say I wish I had gotten the SE when it came out last year instead of waiting all this time for the 7. Blood oxygen sensor and ECG are total gimmicks, so unless you have a legitimate cardiovascular health concern, I'd save a few dollars and go with the SE. Fast charging and the big screen are nice, but I don't think it justifies the increase in price

Opinions on Coros watches?
I wanted to branch into ultra running so battery life was my #1 concern. Garmins got dinged for poor battery life as the watch aged so I didn't want to go with them. To me a watch is a waste if it can't last 36 hours in GPS mode.

Positive
2 years ago
reddit.com/r/running
Great investment for fitness and beyond
Not to mention that I can also load music from Apple Music to it so that I don’t have to have my phone on me while working out (plus plenty of other cool apps). I’ve had it for a week now, and it has already been a great investment. The only reason I gave it four stars instead of five is that the battery life leaves a LOT to be desired. I’ve changed a lot of settings to help preserve battery life (which helped), but it still requires daily charging
4/5
1 year ago
target.com

Upgrading from Fitbit to Garmin
I have had a 245 for 2 years and it’s pretty dope. I really can’t see myself upgrading to a different running watch (though having Garmin Pay would be nice).

Positive
1 year ago
reddit.com/r/running
A decent watch, and better assistant. All too good to pass up!
Though I do presume none are here to read how convenient a certain feature remains. Yet the main point I’ll relay is the realistic expectation of a full day’s battery life. I keep it on all day except for the ~20 minutes I set it down to charge each afternoon or evening depending on activities. I leave the screen always-on at max brightness and run various tracking, control, and communication apps continuously
5/5
6 months ago
amazon.com

What smartwatch are you using with your pixel?
I only use the text & call notifications because everything else was just overwhelming/obnoxious. That's also because my Pixel was updated & the "new & improves bubbles" turned my notifications to shit.

Positive
2 years ago
reddit.com/r/GooglePixel
One of the best investments I made!
This was watch was purchased to replace a standard watch that failed but it has proven that it is worth its weight in gold to me now. Favorite feature is I have a loaded calendar with meeting and appointments, and this watch will notify me discreetly while I am currently attending a meeting with out being rude in front of whom I am meeting by a phone flash or having to flip my phone over to read the display. I can put my phone away and truly give my undivided attention to whomever is needing it at the time as well as staying on time for the upcoming meetings still on the calendar! A must for someone with a busy professional lifestyle!
5/5
5 months ago
amazon.com

So I've recently update the firmware of my Coros Apex and updated the app. After that the watch was unpaired from my phone and I can't pair it. I've tried everything. I've reset all network connection and cache on my phone, restarted my phone and watch, reset my watch, but still nothing

Negative
2 years ago
reddit.com/r/Coros
Great Watch
And yes Apple planned obsolescence is the driver for most tech stuff upgrades. This was no exception.
5/5
4 months ago
amazon.com