What is Looria?Sign up
Open menu
Jotter Pen 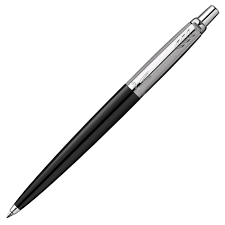 #61 most mentioned
Reddit · r/fountainpens
Compare with...
Parker info and reviews

Four different Parker Jotter refills. Different types. Different stores. All just like this. Why does this beautiful pen have such a shitty user experience?
The Parker jotter is the origin of the Parker style ballpoint refill. It is probably the most common refill type, and therefore has a vast array of compatible products from many vendors. Find one you like. Schmidt, Itoya, and Monteverde all make decent ones, sometimes in fun colors.

Positive
l84what
1 year ago
reddit.com/r/pens
Skip to my Lou, my darling!
I really loved this pen as far as the quality, the name, and that distinct click of the pen. Sadly, I was hampered by the outright skipping of the ink as I wrote. Mind you, I make inventories of my watch collection and need a pen that is reliable for an EDC. I really had hoped better! Truly saf! I s...
2/5
Mark
10 months ago
amazon.com
Parker Jotters are the perfect EDC pen, especially the stainless steel ones. The design is perfect.

Positive
k8seren
1 year ago
reddit.com/r/pens
MY favorite pen!
For decades, Parker pens have been my pleasure and passion. They disappeared from stores several years ago and reappeared a few weeks ago in an online ad. I ordered several, and expect to order more as part of other orders to try to keep them in reach. We are all entitled to our pleasures; Parker pe...
5/5
Frank
1 year ago
officedepot.com
i already own the Parker Jotter and i'm liking it for the most part. my only issue is that it's a little small for my liking.

Neutral
jwcnbeisc
1 year ago
reddit.com/r/pens
47 year replacement
I gave this pen to my wife 47 years ago. The original mechanism stopped working so I had to replace it for her. I think she recieved her value for it and I hope this new one goes the distance.
5/5
RickJ
4 years ago
officedepot.com
What kind of pen should I get? Beginner pen enthusiast.
If I were you I would start with some simple, inexpensive metal pens. Try the Sarasa Grand, Energel Alloy, Sharpie S-Gel, Zebra G-750, Parker Jotter. You can probably get these cheapest on Amazon or Staples when they are on sale. Don't go crazy trying to get an expensive pen until you know if has all the features you want, especially starting out.

Positive
Ishould_readmore
1 year ago
reddit.com/r/pens
Great pen!
I have used these pens for years. I had to replace on that I dropped somewhere at work. Keep an eye on them...coworkers will take them if you leave them lying around.
5/5
Magilla
2 years ago
officedepot.com
Parker Jotter w/Pilot Precise V7 RT
I tried the Parker Gel, Schmidt EasyFlow, and the Monteverde Gel, but they were all too inconsistent and weren’t very smooth. I’ve been a big fan of the Pilot Precise V5 and V7 for a long time as the V5 was the first pen I used that I really liked, so I decided to see if it could be used in the Jotter. After a bit of trimming, I got it to work good, and other than the clicking not being as smooth as the actual Parker refills, it is a much better writer now.

Positive
commyzthatdont
9 months ago
reddit.com/r/pens
Rubbish - avoid
Terrible. Doesn’t not write well at all. Had to replace the ink just in case it was a dud and it’s not. This thing can barely draw a small line properly. Don’t buy
1/5
Mr. K. A. Cheriton- Francis
1 year ago
amazon.com