What is Looria?Sign up
Open menu
Folding Knife 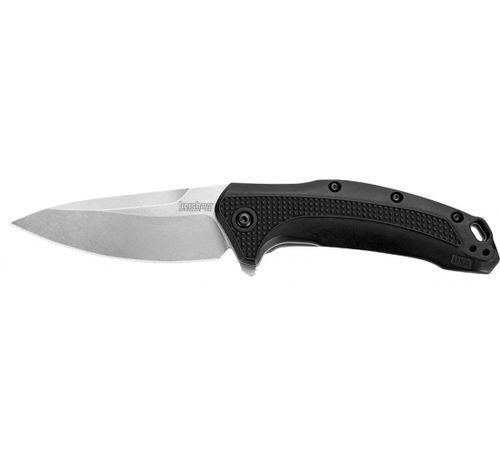 Best for Professional Use
OutdoorGearLab · Best Pocket Knife of 2022
Compare with...

So I know basically nothing about knives... I want a cool knife like these but I heard these amazon cool looking knifes are garbage? Any suggestions/links to good knives preferably under $50?
- Spyderco Tenacious
- Just about anything Civivi
- Kershaw Link or Dividend
- CJRB is a new brand that’s been getting positive reviews. Several options around $35

Positive
McMikeMac
2 years ago
reddit.com/r/knives
sent me a leek vs the Link
Totally bummed, They sent the Leek vs the Link. Completely different knife, different steel. I was really looking forward to having the Link with the CVS20. Sending it back. I have a leek along wiht a number of other Kershaw knives. No bad reviews on quality. I love their stuff. I will definitely ch...
3/5
Geist
5 months ago
amazon.com
Meme Sunday?
Several years ago before I started collecting knives I would just buy a fairly cheap knife and carry it until I broke it,lost it or just decided to replace it.I carried a RAT 2 for a couple years before I lost it.I was at Lowe’s one day buying some drill bits for work which happened to be near their tiny knife area.I started to buy another Buck 110 but I decided I wanted to try something new.I wanted something “good” so I bought the SOG Flash 2.of course this was before I knew much about knives and at $70 it was the most expensive knife they had so I figured it was the best.after carrying it for a week or 2 I decided I hated it.It really got my hopes up because at this point $70 was the most I had ever spent on a knife and I thought $70 was expensive for a knife at the time.I was disappointed with the SOG and I still wanted a good knife so I started doing a little research.I ended up on BladeForums reading about “super steels” and noticed everyone was raving about M390 so I decided I wanted a knife in M390.I went to BladeHQ and KnifeCenter looking at all the different knives in M390 and quickly noticed those knives were a lot more than I was willing to spend.I was about to give up on the idea of buying a knife in M390 and then I stumbled across the Kershaw Link in M390 for $80.at first I figured BladeHQ messed up on the pricing when posting it.I went to KnifeCenter and seen it was $80 there as well so I got excited and ordered it immediately.when it came in the mail and I held it in my hand I instantly fell in love.I loved it was a flipper,I loved it was assisted(this was before I knew autos were legal and it felt like the closest I would get to an automatic knife..once again,I was a complete newbie...lol),I loved the semi-Tactical design and it just felt great in hand.then as I carried it for 3 weeks or so and I thought “damn,I cant believe I haven’t sharpened this thing yet and it’s still sharp enough to shave the hair off my arms” and this blew my mind.I liked that Kershaw Link so much when I seen the Bareknuckle had came out in 20CV and was just $110,I bought it too.it turned out,I liked that Bareknuckle even more than the Link..after this I went Kershaw crazy.I seen a sprint run Knockout had just came out in M390 with carbon fiber scales for $130 so I bought it too.before I knew it I had premium versions of the Link,Bareknuckle,Leek,Dividend,Knockout and Skyline.then I started spending more time on BladeForums and noticed people really seemed to like ESEE,Spyderco,Benchmade,Microtech,Zero Tolerance,Hogue,etc.before I knew it I found a new hobby that I loved and I was spending hundreds of dollars every month on knives and that’s when I realized I had become trapped in the pit of this very meme...lol..sorry for the novel but this is my story as another hopeless knife junky who is lost in my addiction 😂.

Neutral
GarrettFerrell83
2 years ago
reddit.com/r/knifeclub
What might've been a great knife...
...is at best an OK knife for me. First let me say I am definitely a Kershaw fan. But all are not equal. I'll give this one a 4 because I do like Kershaw and the fact this one is made in America and has the whole 1776 thing going on. But I subtract a star because the blade and flipper are too thin, ...
4/5
Wade M. Page
8 years ago
amazon.com
Looking to buy a good EDC knife.
Kershaw-Link
Solid knife carried one for about 7 months and still have it and never had a issue and holds a edge very well.
Walmart.com has it for $33.99 right now and that’s a steal.

Positive
Texas_Is_South_
3 years ago
reddit.com/r/knives
Nice knife with a flaw
There are parts of this knife I really like and a few that i don't like at all. First the good. I love the blade. Holds it's edge well. The handle is ok (I got the plastic one - should have gotten aluminum). The snap when opened is fantastic, and might even be too much force given that it's in my po...
4/5
D. Isherwood
2 years ago
amazon.com
Best sub $100 work knife?
Get a Kershaw link. Great blade shape, very ergonomic, available in many colors and even in 20cv. It's a great value, and it's made in the usa. It's assisted.

Positive
Vaugith
2 years ago
reddit.com/r/knives
Very sharp with premium/super premium steel
5-stars for sharpness out of the box; cpm-20cv steel is USA version of Bohler Udderholm m-390 steel, both of which are categorized as super premium steels. The less expensive version in CPM-s30v is a premium steel, tho its successor the s35vn is slighty superior. Good value for this kind of steel. W...
4/5
djaco
6 months ago
amazon.com
Best Knife under 50$
I recently picked up a Kershaw Link 1776 from r/knife_swap and I’m honestly blown away. The action is awesome, it flies out like a bat out of hell. The blade shape is also very useful for piercing and slicing, the two things I do the most. I have some flippers that are 3x the price but I think the Kershaw is better.

Positive
seabass221982
2 years ago
reddit.com/r/EDC
Not as sharp as expected for an American made kershaw
Blade wasn't very sharp outnof the box. Blade wasn't sharpened on center and had two different angles. Blade was fairly well centered in handles. Wasn't very smooth out of the box. It wouldn't always open fully to lock the Blade open. Loosened the pivot screw and oiled with some super lube w/graphit...
4/5
Matt Rimstidt
1 year ago
amazon.com