What is Looria?Sign up
Open menu
Computer Motherboard 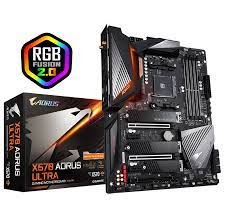 Gigabyte X570 Aorus Ultra Motherboard Review
This board utilizes a straight 14-stage Infineon Electronic Power Develop with Ir 3556 Power Stage Mosfets which can offer a minimum of 50 A of power ... 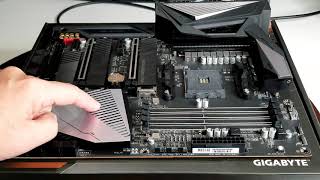 Gigabyte Aorus X570 Ultra Gaming Motherboard, Review & Unboxing
Have which like I said you would come to expect in a board is pricey SS and of course one thing you were looking for on the front of the box is AMD Ro... 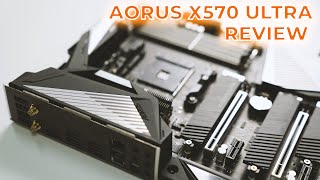 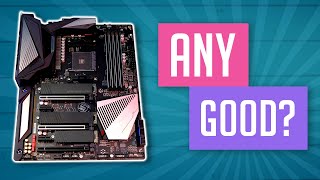 Is it GOOD enough? Gigabyte X570 Aorus Ultra overview - Mid-range x570 motherboard
In general, this is a good X570 board when compared to other X570 motherboards at this price range.

Neutral
Epic Game Tech
7 months ago
youtube.com
That's it. And just like that, problems disappeared. Everything is stable, no more lag spikes. This also fixed a huge problem I had with Nioh 2 not being able to run in borderless due to the clock speeds being capped at 400 when not in full screen.

Positive
Necropasia
2 years ago
reddit.com/r/Amd
Great hardware, but there are BIOS bugs
Overall my experience with this product has been a mix of good (hardware-wise) and bad (BIOS bugs). Fortunately Gigabyte seem to be actively listening to the community and fixing bugs, so I remain positive (for now) that this will be a good motherboard, given time. The hardware is great - there is a...
4/5
wafflestack
3 years ago
amazon.com
[Motherboard] Asus Prime X570 AM4 $99 [259-160] Woot New Condition
The $199 —> $129 Gigabyte Aorus Ultra X570 I posted earlier is out of stock, this is a total steal for $100. Stellar VRMs, great I/O, good connectivity, USB C. Doesn’t have wifi and Bluetooth but easily resolved with a pcie adapter. Easily the best white motherboard on the market right now imo.

Positive
1time2throwthisaway
1 year ago
reddit.com/r/buildapcsales
Front USB-C Buggy or Faulty
Aorus X570 Ultra After going through 3 different front panel USB hubs I finally realised that it was the motherboard's front USB-C connection/circuitry that was at fault, apart from that everything else 'appears' to be fine, but therein lies the worry - if one thing is faulty then what's next. Havin...
2/5
Andy
3 years ago
amazon.com
An Update on USB connectivity with 500 Series Chipset Motherboards
Also I feel it is NOT the sensors causing the issue since I can use another system (x470 - Ryzen 2700x) and this system does not have an issue with the sensors or USB. I can leave them plugged in before booting, plug them in after booting, change slots, whatever, and the x470 system never has a USB fault or had the sensors stop working.

Positive
SativaPancake
2 years ago
reddit.com/r/Amd
Make sure you update the BIOS to reduce the sound from the PCH Fan
Great board, make sure you update the BIOS to F4 or newer to be able to change the profile of the PCH fan. Once you've updated the bios, going into the BIOS > Smart Fan > Find PCH fan in the list and set it to quiet/silent. This fan is super annoying with the BIOS that was shipped with my board (F3)...
4/5
Daniel Stevens
4 years ago
amazon.com