What is Looria?Sign up
Open menu
Computer Case 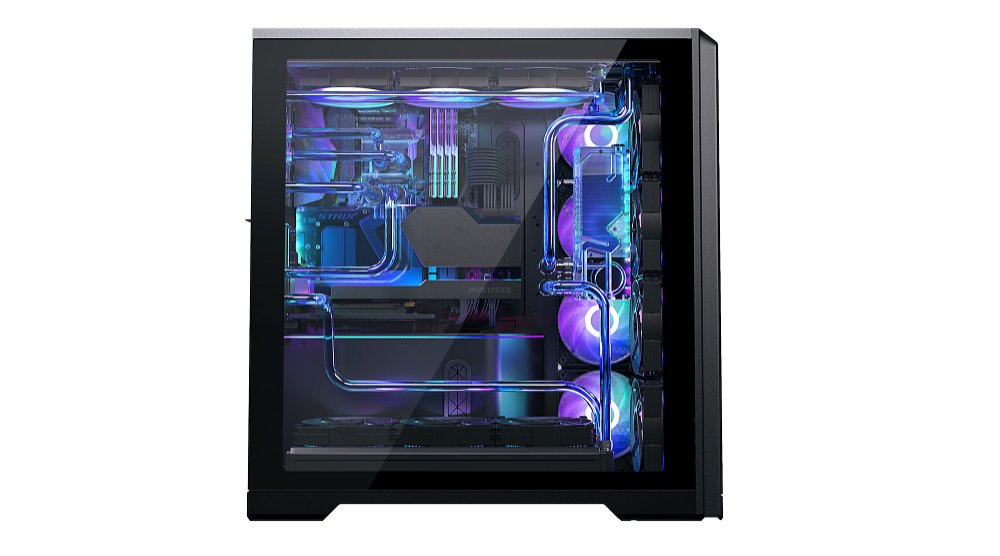 Compare with...
Phanteks info and reviews 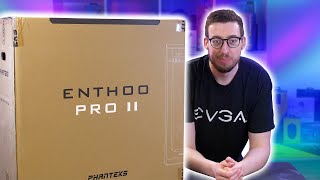 Phanteks Enthoo Pro 2 - Full Tower Dual PC Case - Unboxing & Overview [4K]
Pretty cool I think. Then the last thing I just want to show you is I said they've got nice ventilation so you can put some additional fans or you can... 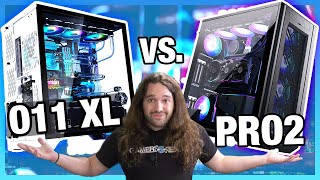 Phanteks Enthoo Pro 2 Case Review vs. Lian Li O11 XL
net to help us out directly or patreon.com slash gamersnexus. And one last thing, Fantax gave us about 24 to 36 hours to finish this review with the a... 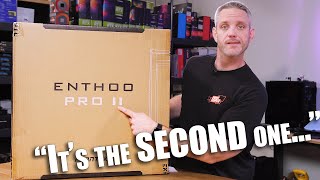 Phanteks Enthoo Pro II is a Dual System Watercooling Monster!
All right. There's our look at the Enthoo Pro 2. I didn't have an Enthoo Pro, so I don't know exactly what's different and what makes it two, but it's... 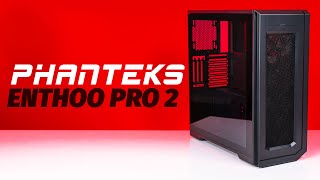 Positive
Robeytech Live
3 months ago
youtube.com
Later on, a few months ago, my headphone jack started failing, and eventually I had to buy a new front panel for it for a bit over $20 to replace quickly. Now that I have two panels, I could try to repair the old one while the new one is still in use, though the design itself is dumb, with the end of the headphone jack being on the PCB instead of the long side being mounted on a perpendicular PCB. Recently, my fans made weird noises on one of my rare start-ups (I run this computer as both a PC, router, and server) too, but maybe those will amount to nothing. Still, I am not confident in the quality of this case anymore.

Negative
happysmash27
3 years ago
reddit.com/r/BuyItForLife
Beautiful Case, Very expansive
Beautiful case, spacious with one exception but still very happy with it. I have 4 RBG fans in the front which are just beautiful. Because of so many fans and space all components run cool water cooler radiators would almost not be needed. Runs very quiet even under 4K gaming. The motherboard is too...
4/5
Kaktovik
2 years ago
amazon.com
seeking for advice: looking for a chassis with space for at least 20 3.5" HDDs
Phanteks Enthoo Pro 2. I would personally recommend this. I'm using this case filled with drives and fans. It has the best air flow in my opinion. It can also host an EATX motherboard.

Positive
golanghub
1 year ago
reddit.com/r/DataHoarder
Basically a airflow revision of the 719 model
Bought this for the open front since it looked like a simple rework of the 719 model I own. I altered my 719 to better ventilate in the roof and front for radiators. Couple caveats to be aware of, first there is no included fan hub like in the 719 nor does the glass panel mount with a hinge. I like ...
4/5
Keith Myers
1 year ago
amazon.com
I'm upgrading my case, which one should I pick?
The Phanteks Enthoo Pro Full Tower should fit that bill quite well. I got the TG SE version a year ago and it was great to build it. The latter has RGB fans but they can be turned off.

Positive
DavidGN40
2 years ago
reddit.com/r/buildapc
Very expansive case, plenty of room inside
It was relatively easy to build in this, the only disappointment was many of the screws. I had to use a screwdriver instead of my fingers, and on one some pliers, to remove them and then reinstall them. If they correct the issues with the screws in this case, and maybe add an additional 2 inches cle...
4/5
Frlnce
9 months ago
amazon.com