What is Looria?Sign up
Open menu
Trains Game

Ticket to Ride vs Keyflower 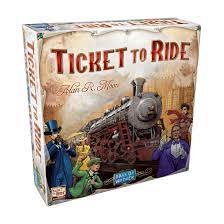 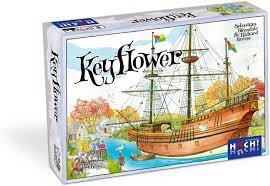 Best Overall Board Game
TechGearLab · Best Board Game of 2022

Recommended
Wirecutter · The Best Beginner Board Games for Adults 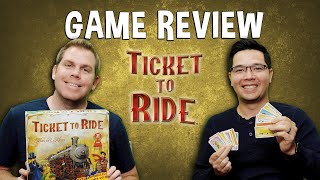 Ticket To Ride Board Game Review
If you're gonna choose train cards, you can either pick two from the cards that are revealed or two random ones. It's not all luck of the draw because... 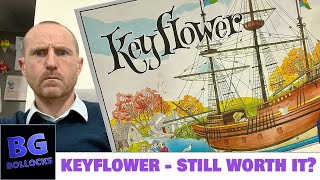 Keyflower Board Game Review - Still Worth It?
So the way this game works is that each tile has got six sides right and depending on where you're sitting on the table, you'll have a side of the hex...

A Fun Game - Cards Wear Too Quickly
We have to clean each one individually with Windex and wipe each of them individually, then let each one sit out individually to dry. This sort of takes care of the dirt and stickiness, but the lamination should be better, especially how everything else keeps clean. We haven't needed to clean them again since the one time. It would be nice if the cards were larger, too
4/5
3 months ago
amazon.com
How has your experience been with digital boardgames?
Interestingly, in the proper rules tile bonuses don't seem nearly as important anymore as finding space for stuff is actually less forgiving with how things connect together, maybe I just haven't grokked the proper way yet. It also got it into my head somehow that corridors could never connect to corridors. Anyway.

The Early Bird Catches the Worm
Theme Well, several off-shoots from Ticket to Ride have come. Not to mention an expansions for the original game that adds several smaller routes. So there is evidence that the theme can be slanted, but in Ticket To Ride Europe, game play is the same with some twists, like you can use someone else’s route for your destination’s sake without getting points for the route, and you route requiring tunneling through mountains are more pricey. These off-shoot stand alone games are a good way for Days of Wonder to charge full price for what could have been a less expensive expansion to the existing game
5/5
9 years ago
amazon.com
Monthly Board Game Bazaar - (May, 2021)
\- Keyflower + Farmers expansion + Merchants expansion + all promo tiles (OFFERING THIS ONLY FOR RARE/EXPENSIVE RETRO VIDEO GAMES)

Fun game to play. Easy game to teach the kids to play with the adults. Gets kids knowing where major cities are and how to pronounce them.
4/5
4 years ago
target.com
I also like the decision you just make to either run your engine or fight other people for new engibe parts or run someone elses engine but pay them for it.

How good is Small World?
I am of the opinion that some of these modern classics, (**Small World, Ticket to Ride, Carcassonne, Dominion, Catan,** etc...**)** are still worth playing today

Positive
2 years ago
reddit.com/r/boardgames
What are your top 10 games according to BGG rankings? And how would you rank them?
* Brass: Lancashire (BGG 19) - I've played only the one game many years ago and I actually don't remember much about it. Though I do know I've always wanted to play it again. I placed it at 10th but I'm pretty sure it's going to be higher if I got to play it again.

Too difficult for most
The setup and play are very hard to understand. Outside of a neat box and concept, this is probably one to stay away from..
2/5
8 years ago
walmart.com
Brilliantly simulates boats full of workers arriving at a prison colony
. if you win a bid for a tile that actually helps. Most of the mechanics in this game are ones that I enjoy in other games, but combined together here with everything connected to the "unique" bidding at the start of each round, makes this a really tedious experience to play, and offers very little "look at the cool village I built" satisfaction, even when I win
2/5
3 years ago
amazon.com

A really fun game
i thought I was disproportionately bummed about it but then we babysat and our friends daughters also commented that their favorite part about the game was the cards and that the smaller size and simpler design was an outrage. So I felt validated. I would happily pay more for those magnificent cards or collectors editions with special art. I did order the extension set which had better cards but still feel that the game should have come with the original, magnificent cards
4/5
1 year ago
amazon.com
Excellent game
I am so happy I bought this game it is such a great design and simple enough to teach but has enough meat on its bones to keep you interested. Highly recommend this games AAA+++
5/5
9 years ago
amazon.com

Addictive game
It is not a quick game, so plan to spend at least an hour to play, depending on how many players you have (and how quickly they make decisions). If you play often, consider purchasing the expansion pack! Highly recommended.
5/5
5 months ago
amazon.com
Fun game. Easy to get going but takes practice.
This one is unique and easy to setup and get moving. Don't be deceived by the cute artwork and accessibility, its a heavy game with about a 2 hour play time our first run for 2. A lot of player interaction with chances to sabotage your opponents but a nice balance of depth, complexity, and elegance. This one seems to test analysis paralysis and end game scoring can be a little math heavy
5/5
5 years ago
amazon.com