What is Looria?Sign up
Open menu
Backpacking Pack 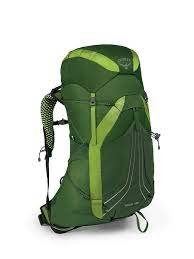 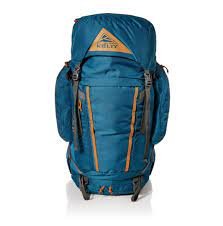 Best Bang for the Buck
OutdoorGearLab · Best Ultralight Backpack of 2022

Was it the pack or my use of the pack?
Both my boys complained about it rubbing them. Over the course of several days in the back country with heavy packs this left bruises. My review is based on my experience with these packs. I would not buy them again if I were going to do a similar trip
3/5
5 months ago
amazon.com 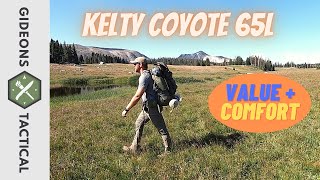 Value + Comfort Kelty Coyote 65L 2020
I knew i was going on this multi-day, so i reached out to kelty. I said: hey i'd, love to take this on a track and see what it has to offer they're wi... 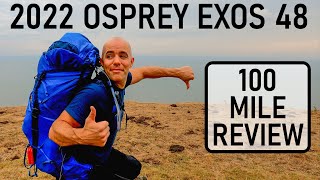 2022 Osprey Exos 48 rucksack 100 mile review and opinions | Backpack short term review
Of course, you've got quite a bit of weight. You've got straps passing through plastic buckles so they can kind of creak and squeak as you move. And t... 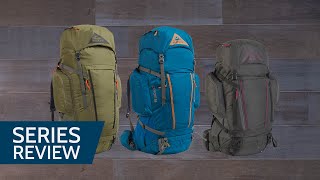 Kelty Coyote Series Review
The series offers women's models with shorter torso lengths and gender specific shoulder, strap designs when you're on the trail for days, things can ... 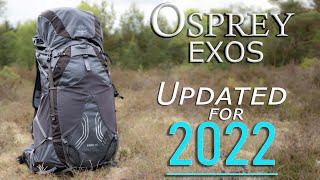 NEW Osprey EXOS 48 Updated for 2022 | Ultralight Backpack
The size of the pack required is dependent on each individual's torso length. I'll leave a link in the description below to Osprey's guide and how to ...

Positive
4 months ago
youtube.com
Super Comfortable for this 62 year old backpacker.
Don't go smaller, 65 is perfect. I have the 55 as well and that is too restrictive for 4 days and 3 nights in the backcountry.
5/5
2 years ago
amazon.com

What is the sweet spot for backpackers with back problems? Shaving weight is good for the back, but is frameless the answer or a step too far?
Back pain sufferer here - I use a frame (Osprey Exos) and a comfy sleeping pad (Xtherm). It’s worth the extra ounces to keep my back healthy.

Positive
2 years ago
reddit.com/r/Ultralight
Great price, but not the pack for me.
Ultimately, however, I ended up returning this pack due to comfort concerns. Granted, I never left the confines of my home with the pack, it still created some discomfort in my lower back (even with a measly 20lbs loaded in it). I adjusted equipment several times but could never get rid of a hot spot at the base of the pack (there's not padding to raise the pack off of your lumbar, and I felt the seam across the bottom just constantly rubbed).
3/5
1 year ago
moosejaw.com 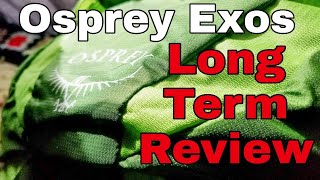 Osprey Exos Review! After 3 years of use.
I'm also Canadian I Cut up some pretty banging places and the gorgeous Canadian Rockies So if that sounds interesting, you guys click on the subscribe... 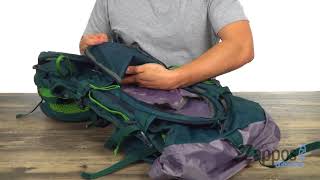 Kelty Coyote 65 Backpack SKU: 8830959
so make sure you're prepared for anything and everything with this backpack. from Keltie [Music]

The new version is worse than the old!
In the new version, pockets on the belt were removed, pockets on the shoulders were removed, side and front pockets became less elastic and less capacious, the aluminum frame with reliable fasteners was replaced with a 4 mm wire frame with unreliable and low-quality plastic fasteners (one of them broke in the first campaign, and now either throw away the backpack, or do not know how to repair it), the new version has become higher and higher, the old one was lower and wider.
1/5
3 years ago
rei.com
Great Backpack with a little customization!
Okay so I waited to review this backpack until I had done some serious hiking with it. For the most part I love this pack. I like the side storage, waist belt storage, top storage and back storage that allows me plenty of room to prioritize where gear goes. The pack is a trade off
4/5
3 years ago
amazon.com

Very good pack
Utility pouches on the waist belt and there are big open pockets along the side that would benefit from zippers. The side pouches were good, stowed a medium gatoraid And it did not fall out. I’d just be a little more comfortable if you could seal off those pockets.
4/5
3 years ago
amazon.com
Kelty Coyote 85L vs Teton Outfitter 4600
The zippers appear to be of high quality. The entire package seems to be of excellent quality. In conclusion, I believe the previous design was superior in some aspects, and while there is still space for improvements, I would not hesitate to suggest this pack to a friend.
4/5
2 years ago
kaviso.com