What is Looria?Sign up
Open menu
Video Game Console 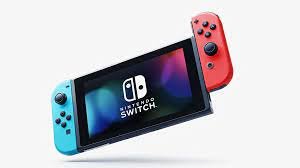 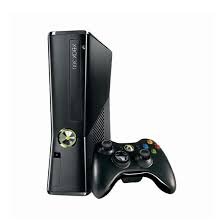 Disco Elysium Final Cut Available Now On Nintendo Switch
Heads up about the switch version, it has pretty noticeable performance issues. I’d recommend watching Switch Up’s [review](https://youtu.be/LmpM5HY53gw) to see for yourself before purchasing.

Positive
1 year ago
reddit.com/r/NintendoSwitch
Microsoft Xbox 360 Review
The controls were precise and responsive in each of the games played. The controller takes two double-A batteries (included).

The switch is a unique console that has a lot of good ideas, but is poorly executed.
As an avid gamer who usually ends up buying all the consoles (except the xbox one) and loves the hardware behind these machines, the switch was super cool when I first heard about it and saw it. I got one not to long after release once they came back to my area. Though it took awhile to save up for any games as during that point in its life, everything was expensive on it and 3rd party devs hadn't moved to it yet. Also there were no media apps on it besides hulu which somehow is still a thing, surprising
4/5
2 years ago
amazon.com
Number of highly rated games on each console [OC]
I always loved the Xbox 360 and felt it had more good games than later generations. I wanted to see if it was my personal bias or if the numbers supported that. And surprisingly, they sure do.

Who else loves Switch, but not because it’s exclusives
I love my Switch, because so many 3rd party games are playable on it and it’s portable, unlike previous Nintendo consoles, which were carried only by Nintendo and it’s 2nd party offerings. I own about 100 games for Switch and if Nintendo suddenly stopped making games completely, it would not affect me at all. I would be still more than happy with so many awesome games from other developers. I love, how how we finally have a main Nintendo console, which has so many playable games from other than just 1st or 2nd party developers

Positive
2 years ago
reddit.com/r/NintendoSwitch
I drew an Xbox 360 exploded.
I love this! The 360 was my first experience gaming online! I miss the vulgar COD lobbies and your mom jokes 👌🏽

r/headphones Shopping and Setup Help Desk (2020-06-13)
I like to listen to long electronic mixes while I work, do chores, etc., but want to be able to game and talk with friends over Discord. I do have a Yeti that I will primarily use when I am gaming, but I want to be able to walk about my house and maintain a conversation.

Neutral
3 years ago
reddit.com/r/headphones
Xbox 360 E console review: New Xbox 360 brings nothing new to table
Microsoft has eliminated some of the versatile connection interfaces that were present on the 360 S -- which is actually kind of a bummer. Gone is the dedicated optical audio-out found on earlier 360 models. That means the only way to get surround sound is through the HDMI connection. If you're like me and have a slightly older AV receiver that can't accept audio over HDMI, you might be in trouble