What is Looria?Sign up
Open menu
Flashlight 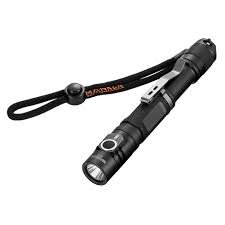 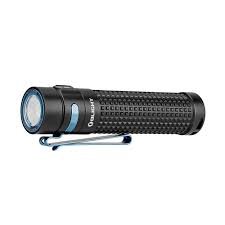 Unstable output
I wouldn't be surprised if the opposite happened, which the brightness dropping to prevent overheating after a while, but this makes no sense. It happens even if I am not touching it, so it's not a switch or contact issue (the switch feels good and I never have weird behavior when intentionally switching modes). I had it sitting on the edge of the table in a low mode to illuminate something I was working on, and then BOOM it goes up. It's really bad when I am trying to use it at low power for looking at stuff up close and it flashes my eyeballs
3/5
3 years ago
amazon.com
My Convoy S2+ finally arrived...I love it.
I couldn't convince myself to spend $70 on the olight S2R Baton but I wanted a nice purple light so I ordered this convoy S2 plus. The first time I ordered from gearbest but after a month or so it never shipped so I had to cancel and ordered it from AliExpress. First impressions are pretty positive. It feels well made I like the metal push button on the tail

This is a terrific AA light and a great light in general
If you are comparing this to other 2 AA lights like the Nitecore MT2A basically it boils down to this. The Manker is technically brighter, but the Nitecore has a further throw (about 50% more). So, the beam/hotspot of the Nitecore actually appears brighter, but the Manker gives a much floodier full spill of light. This is useful me and my applications, so consider that when trying to choose a light
5/5
6 years ago
amazon.com
Just used this to defend myself!
Tonight, as I was returning home from on my nightly walks, I came across an individual who under some sort of influence, attempting to break into my apartment building's front door. I did not carry any of my usual EDCs with me as I only left for a few minutes to get some fresh air, but I always carry my Olight SR2 no matter the time of day or occasion. With quick reacting, I yelled at the would be intruder and as he turned around I activated the turbo setting and immediately aimed it toward his face, to which he responded by immediately hiding his face with his hoodie. For fear that he may have had a weapon on him, I continued to shine the turbo onto him so as he would not have visual confirmation on me
5/5
5 months ago
amazon.com