What is Looria?Sign up
Open menu
Strategy Board Game

in Strategy Board Game 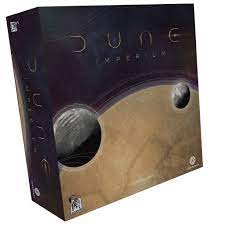 in Strategy Board Game 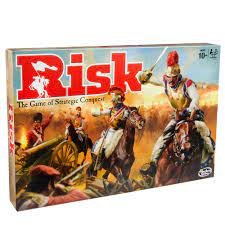 What Did You Play This Week? - (October 18, 2021)
**Feudum** (1x4p): Ho boy. This game is just *massive*. The rules explanation alone took well over an hour, and the game itself another five. While there were quite a few unclear rules questions during the game, this will absolutely get played again in our group, as hard as it is to get to the table

Positive
1 year ago
reddit.com/r/boardgames
We looked online and applied some amendments to the rules but went the other way. Never could get the balance right, real shame because it was a lot of fun,

Playing Dune Solo: Needs More Spice
Overall, even though this is a solo review and I haven't played Dune Imperium multiplayer yet, I get the sense that playing multiplayer would be a ton of fun. I envision it to be a really vicious knife fight of a game where you jockey for position in the worker placement parts, on the faction tracks, and in the combat. But for solo players, I think you'd want to look into this one if you like compelling worker placement games because again, the combo of the cards and the spaces are really cool. If you like simple solo A
3/5
7 months ago
amazon.com 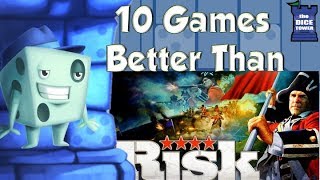 10 Games Better Than Risk - with Tom Vasel
People like watching a TV show reading the books Game of Thrones. The board game allows you to take control of one of the houses and maybe like a flas... 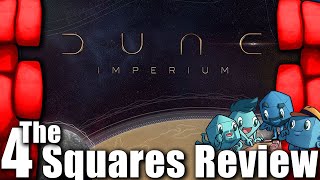 The 4 Squares Dune: Imperium Review
Like my dad made me watch the movies and quoted the books like growing up, so the theme's always been there. It was a class he took exactly it was. It...

Positive
7 months ago
youtube.com
torn box
the game came in a torn box, but was bought at full price, without a discount. attaching photo. very unpleasant, since I bought not from the discount section. buyers should know that they can buy the game at full price and get the game in a torn box
2/5
3 years ago
amazon.com

Game was missing pieces.
Sent an email to the publisher to see if they'll send me out the missing pieces. Can't play otherwise.
2/5
2 years ago
amazon.com
We love it
One complaint is the number of pieces...wife and I run out so we have to end up using other colors, though if you were playing with others, you would not need to use so many, so it is a fair tradeoff
5/5
2 years ago
amazon.com

Fear is the meeple killer
Do you use a card to place an agent or do you save it because it will grant combat strength when you reveal? Tough choices! At the end of the round comes the “combat” which is basically just how many troops (cubes) you’ve committed to the current combat round, plus those additional combat strength cards plus special, “Intrigue” cards you can play (they are earned from spots on the board) for that extra, “ah HA!” Moment. …and so much more. You have influence tracks that you need to move up on in the hopes of acquiring victory points…but wait! You need Spice first! No! You can’t get the Spice without paying Water…and you don’t have enough water. No no no!!!! Your opponent just went to the spot you wanted!!! This is a great game and I’m glad it didn’t just turn out to be a money grab coasting off of the hype/popularity of the new movie
5/5
1 year ago
amazon.com
What Did You Play This Week? - (October 04, 2021)
The Exiles got the upper hand in terms of Battle Plans, and that was all she wrote, as Animal Playmates and Forest Paths proved particularly handy to the Exiles, and the one Exile who had no particular luck with his other Advisors turned up Master of Disguise, allowing him to play as if he had another player's Advisors. As the lone Citizen, I felt badly let down by the incompetent leadership of my Chancellor, and the ruling Triad next game will make my life as an Exile difficult.

Games that disappointed
Arnak has 5 rounds, but there is no limit to points. So I never feel like "oh no, so and so got a point" has any real impact, because it is too early to tell what will happen.

Positive
1 year ago
reddit.com/r/boardgames
Choose NP commercials?
this increase may have ramifications on care and overall costs at the population level.”

What Did You Play This Week? - (November 08, 2021)
The AI in 2p is really poorly thought out and a very bad mechanic imo. We didnt have much fun playing this and i think it will not hit the table again soon.

Negative
1 year ago
reddit.com/r/boardgames
The map design and quality of all pieces are great. The miniature doesn't have any issue.
Amazing quality and design! Totally worth it. Super recomend for any Risk fans or players who want to learn how to play!
5/5
3 years ago
amazon.com

Some of those old long box games are pretty good.
We played Dune: Imperium a few months ago. I think that thing's almost a year old now! I doubt it holds up anymore. 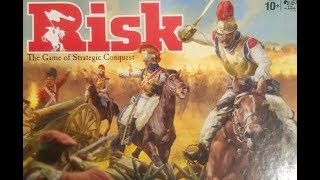 Risk Board Game (2015, Hasbro) -- What's Inside
So not a lot of cards here for the secret mission, twelve of them, specifically, let's get those out of the way and we'll take a look at the risk card...