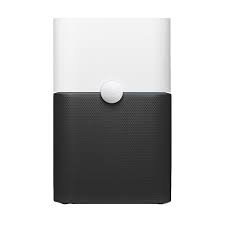 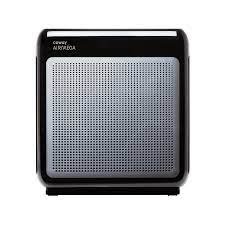 Got air purifier. I do not fee any difference
My wife on the other hand, she is more sensitive with allergens such as dust and pollen and she felt the device had helped her greatly. Anyways, because of the unsual burning smell I returned it and order a different air purifier brand.

Negative
9 months ago
reddit.com/r/AirPurifiers
Very easy to Set up and get started!
Airmega. We have dust (we live on a dirt road) and allergies and we also have cats in our home, and this seems to help
5/5
3 years ago
walmart.com 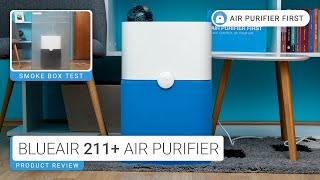 Blueair Blue Pure 211+ (221) Air Purifier For Large Rooms - Review
With this step, the Blue Air is ready to use, place it in the desired location, at least 10 inches away from other objects, plug it in and switch it o...

Positive
5 months ago
youtube.com
Louder than a BlueAir but better in other ways
A science podcast and social media ads convinced me to buy three air filters for my home. I read Wirecutter and Consumer Reports. Wirecutter recommended the Coway. CR recommended Blueair
4/5
2 years ago
walmart.com

VOCOlinc Smart Air Purifier - Real Reviews?
, consumer reports uses a sealed room and particle counters to gauge their effectiveness). If you have significant allergies and need a good air purifier, I'd stick to known good ones like the Honeywell HPA300 or the Blue Air Pure 211+. Neither are smart, though.

Positive
2 years ago
reddit.com/r/HomeKit
Nothing 'smart' here.
Basic air cleaner so it should be working since it is on and pulling air. Got it for a 288 sq ft bedroom but easy enuf to move around. the built in handle is deep enuf that even with nails can be gripped firmly. So for a manual unit, a bit overpriced but seems solid
3/5
2 years ago
walmart.com

Is it worth buying a HEPA air prufier?
As someone who lives in the Bay Area (which gets smoked out on what seems like an annual basis during wildfire season), a good air purifier is absolutely critical. I own the Blue Air 211+ and highly recommend it. It also helps me with general seasonal allergies and I've found I sleep better and wake up feeling more refreshed with cleaner air.

Positive
2 years ago
reddit.com/r/BuyItForLife
Very quiet
Seems to be working great and helping reduce the smell of cats. Only critical part was the instructions were not very clear on how to actually make everything work and explain better. I would definitely look it up online since they were very clear over all has helped my hubby's allergies
4/5
3 years ago
walmart.com

Solid Performance
I've been using the Pure 211+ for about a month so far and it's been working very well.
4/5
3 years ago
walmart.com
Good product, Pickup service not good
Its hard to review these types of items so soon after purchasing. So far (2 weeks?), so good. My neighbors were burning wood in their backyard and this thing kicked into high gear before I even realized what was happening. So it definitely works
4/5
2 years ago
walmart.com

Good, but filter replacement indicator could be improved, and doesn't always work right.
We have had several of these units in our house since 2017. I believe they do a decent job at filtering the air, and they are pretty quiet (although with age some of them become a bit noisier as the fan bearing wears -- but even these are not obnoxiously noisy). I was a little disappointed to learn that the filter replacement indicator is just a dumb timer which is supposed to turn orange, and then red after 6 months of use. (I had originally hoped it actually did something clever like detecting when the filter was becoming clogged by monitoring motor current, or something, but no
4/5
6 months ago
amazon.com
An ocean of packaging. Extensive off-gassing.
It was not obvious how to get the filters out at first, so out came the manual. And so on and so on.
2/5
3 years ago
walmart.com

Good for routine allergens or light episodic smoke. Not for heavy duty persistent smoke and fumes.
I do think this would work very well for people who simply want to keep allergens at bay or want to keep very light whiffs of smoke such as momentary barbecue smoke that comes in before you have a chance to go close the window. It's very attractive, the outside filter is a knit fabric that is very easy to wash and high to dry while you use the second provided one, and it's so easy to operate. Just a light tap turns it on. Two taps turn it on to medium and three taps turn it on high
3/5
2 years ago
amazon.com
Coway Airmega Air Purifier
it was easy to set up. has a great ECO setting only running when it detects a need to purify the air. it is SUPER quiet. It is easy to move from room to room as it is only 13 lbs
4/5
3 years ago
walmart.com

Works tremendously
This unit is quiet and efficient, I thought it would hike up my electric bill but it hasn't. I have two cats and live in NYC; having Blueair purify my apartment has been a total transformation. Would definitely recommend this as an easy to setup, easy to use and effective means to purify any space.
5/5
3 years ago
target.com
This Excellent Air Purifier for Small Rooms Is $99 off
The air purifier also has standard functionalities like air quality indicator and auto mode, which relays your room's air quality and adjusts the device's fan speed depending on the quality of the air. For energy efficiency, it also has auto-off mode, which shuts the device after 30 minutes once it no longer detects pollution. One minor, but very appreciated feature is the ability to dim the display lights, which makes this a good air purifier for nighttime bedroom use.Right now at Walmart, Coway's Airmega 200M in black is discounted to $130